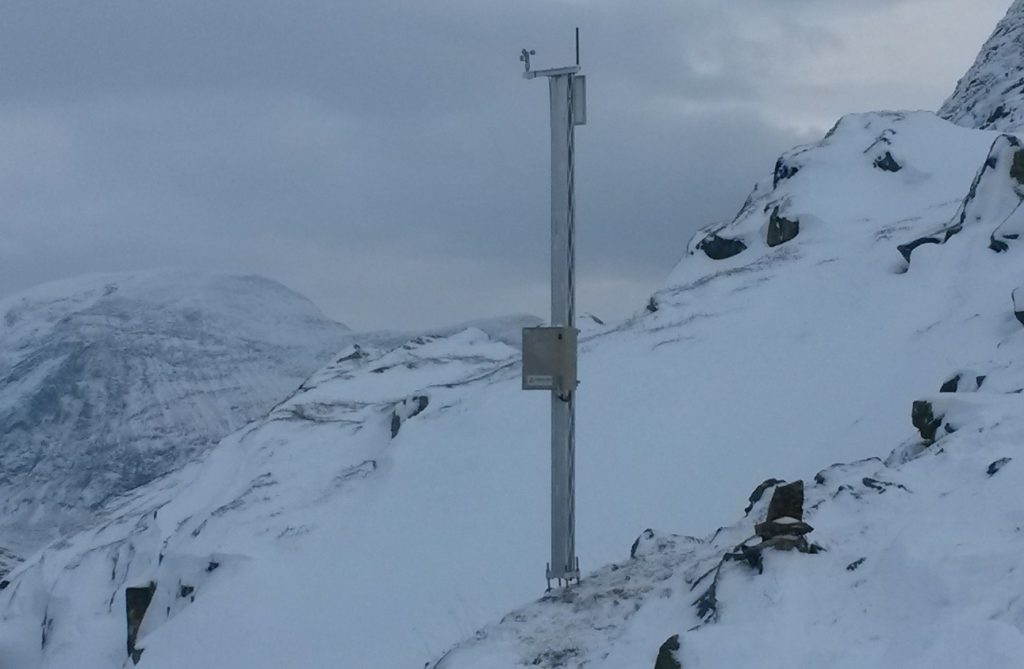 Cautus Geo has developed a new snow depth measurement system. The system consists of a measuring rod with temperature sensors every five centimeters and a weather station which measures wind speed and direction, air pressure, humidity and air temperature. Measurements are collected by a data logger that sends real-time data to Cautus Web. The system runs on solar and battery power.

Several systems have been installed around Norway in 2015 and 2016. 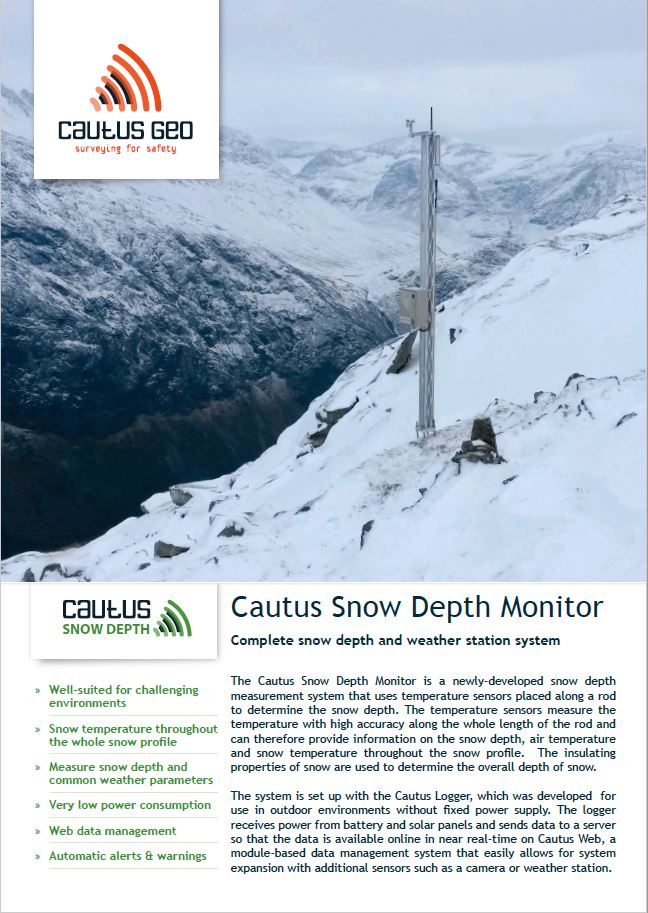