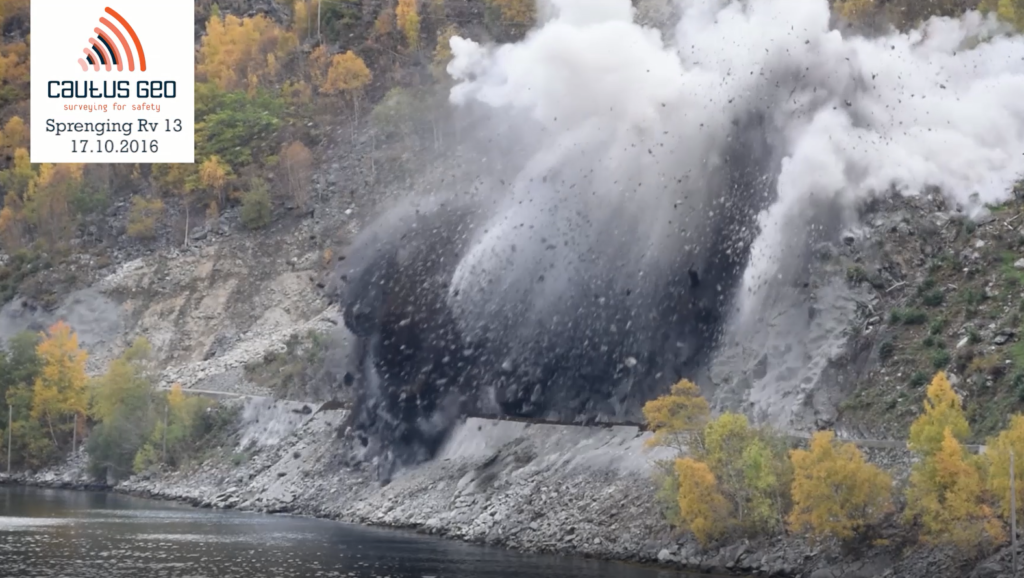 Due to poor stability of the rock formation at Deildo in the Hardanger region, the Norwegian National Road Authority decided to blast out and clear a particularly dangerous section along Rv13 (National road 13). The 15.000 cubic meter blast took place early in the morning on October 17th, and Cautus Geo captured the event on a high-resolution camera system placed in the area along with other instrumentation to monitor the stability of the rock formation before and after blasting:

More information on Cautus Geo camera systems is available at this link: